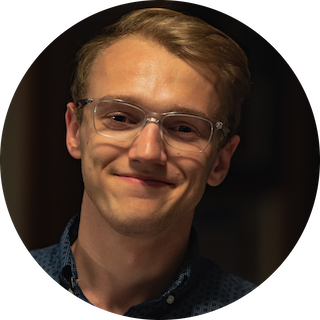 Written by Nate Jackemeyer
Photo by Clayton Cardinalli on Unsplash

As the manufacturing industry grows and adapts to changes in technology, we’ve compiled a short list of a few trends for 2021 that every manufacturing CIO should be aware of. These trends will shape the future of manufacturing through data analytics, operational connectivity, and reliability.

Automation has been in the forefront of automotive manufacturing since the early 1970s, with small robots spot welding in Ford facilities, and helped automate basic tasks. Today, automation is what keeps manufacturing companies competitive. The next question that often comes up is: “How accessible and feasible would automation be for my company?” In the end, automation is driven by the people that are able to design, install, program, and operate them. Mckinsey’s Jonathan Tilley notes that “The availability of software, such as simulation packages and offline programming systems that can test robotic applications, has reduced engineering time and risk… also made the task easier and cheaper.”

While working from home has become the new norm, IoT technology has shifted further into our daily lives (like this pretty cool wifi enabled toaster)... So where does IoT have a spot in manufacturing?

The idea of “Digital Twins” has been an important modernization over the past decade. Utilizing sensors and automation, digital copies of manufactured parts are being recreated in real time. Utilizing this data over thousands of parts creates unique blueprints per unique part, being able to analyze data to improve the efficiency and learning of your machines in real time, all without needing to be in physical proximity of your components! NASA utilized this during Apollo 13 when disaster approached, giving their engineers access to a working digital model.

Artificial Intelligence and Machine Learning are defining the manufacturing industry, enabling teams that utilize analytics to further lower costs, while maintaining margins and improving the safety of your workplace. Over the past 75 years, workplace safety has received a serious overhaul. By utilizing video analytics and machine learning on a construction site for example, drones are able to undertake dangerous tasks autonomously. This allows the team members on the ground level to focus on other important tasks. A survey found that at least 50% of construction sites utilizing drones reported an improvement in safety.

Industry 4.0 is an idea that revolves around a few important areas that can be considered as disruptive to process in the manufacturing industry. These areas include:

The goal of Industry 4.0 is simple: to shift the previous industrial advancements (such as computers, assembly lines, and IT systems) into a more automated and integrated process. The concept of a “smart factory” seems like an idea straight from a futuristic sci-fi movie, an entire factory consisting of robotics and computers completing manufacturing tasks from start to finish. While this is the traditional outlook on industry 4.0, smart sensors utilizing IoT data in an African goldmine were able to monitor oxygen levels during their leaching process. The sensors found unexpected fluctuations. Fixing this increased yield by 3.7 percent, worth up to $20 million annually.

After all of the trends mentioned above, where does Cloudbakers and Google Cloud come into play? Google Cloud enables manufacturers of many sizes to reduce their data storage and analytics costs by 30%, while enabling advanced data analytics through BigQuery. How are you preparing to embrace the upcoming tech trends of 2021?

How To Build A FinOps Engineering Plan
How To Keep Track of Cloud Costs
Why Developers Love Google Cloud
Interoperability Is Inevitable For Healthcare (How To Remain...
Google Workspace: Doubling Down On The Evolution Of Work