4 Reasons Not to Move to Google Cloud 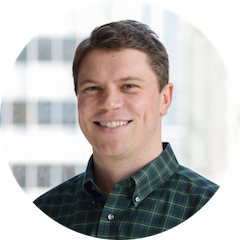 Anytime you're confronted with change, all sorts of uncertainties arise. This is especially true when the change affects a large volume of users and requires an effective change management strategy. Organizational changes shouldn't be taken lightly, and won’t be by your users! The most common hurdles Cloudbakers works through as we help clients formally assess, and migrate to, Google’s Cloud (including G Suite or Google Cloud Platform) are:

1. We're a Microsoft shop and don’t need to change

Microsoft, IBM, and others have been great solutions for handling individual documents. Microsoft specifically, has dominated the industry for two decades. Yet, as businesses are becoming more and more focused on collaboration, it is time to evaluate alternative ways of improving the way users collaborate productively. A recent study by the market research company Forrester revealed that G Suite (formerly known as Google Apps) could save an average worker two hours per week in collaboration productivity. If you have many workers communicating internally and externally in a variety of ways, G Suite can add a lot of savings to your bottom line, and help you accomplish more with the same number of users. One question to ask yourself is: how effective is your current solution?

2. We don’t trust Google with our data

This has two parts.

Part 1 is the misconception that once you've uploaded your data to the Google Cloud, Google will own it instead of you. This is false. Google makes it clear in their agreements that you own the data — not them. Think of the analogy of renting an apartment. The building's owner doesn't own the furniture and things you put into the apartment. He only owns the building and its premises. Likewise, Google has no interest in owning and/or controlling your data. Rather, they are focused on housing and processing it in a highly efficient and secure manner. And for those concerned with Google accessing your data for other reasons, simply put, that is simply not in the best interest of Google’s Cloud business.

Part 2 is the mistaken belief that data on Google’s cloud is somehow more susceptible to hackers than other public cloud vendors, hybrid environments, or on-premise solutions. Google has spent, and continues to spend, billions of dollars assembling, managing, securing, and improving their cloud. In fact, your organization is likely to improve its security posture by moving to Google’s Cloud.

One quick example of Google’s obsession with future-proof infrastructure and security can be shown with their “Project Zero” team. Project Zero is a team of security engineers at Google whose sole focus is finding flaws in Google and other manufacturers software. The bugs the Project Zero team finds are reported to the software manufacturer, and only made publically available if a patch has been released, or 90 days have passed. This team goes to extremes such as simulating all sorts of global scale disasters and penetration tests. If you find the time I recommend following their blog.

To begin, we are thrilled when we hear your business is already leveraging cloud solutions. Now it's time to focus on a cloud strategy that will give your IT team and end users the means to achieve the highest possible productivity in all areas of business, while minimizing risk. This could include moving from one cloud to another, adopting a complex multi-cloud strategy, or remaining where you are and emphasizing end user training.

One argument that all providers would agree on is that each major cloud platform offers an entirely unique set of solutions compared to their competing vendors. They could range from overall architecture to data processing. Where one may cost less to store and access cold data, another might have more scalable computing engines, and yet another may win in data analytics. Each public cloud tends to have its own strengths, and Cloudbakers’ purpose is not to pitch one against another. You owe it to your stakeholders, company, and users to explore any strategy that can lead to better ways for them to collaborate while doing their jobs.

Cloudbakers partners with Google because we truly feel that G Suite and Google Cloud Platform (GCP) offer collaboration and security-focused companies the strongest solution. One of G Suite’s greatest value is it works across distances and by multiple devices, so you don't have to be in a single location with everyone at their computers to effectively collaborate. GCP offers similar value to development teams that want to focus on the application level code to iterate quickly, automatically scale with useage, and operate as lean as possible. Our engineers are passionate and looking to help you evaluate. You won't know for certain something isn’t for you without thorough evaluation.

4. Google is new to the cloud enterprise game

Yes, this is true when you’re looking at the amount of time Google has offered much of their cloud infrastructure, computing services, storage, data tools, etc. to businesses. Yet, Google is a born-in-the-cloud company and has used this infrastructure for much longer, including internal operations and to power cloud services like Gmail and Google Search. When was the last time you had an uptime issue with Google Search? Look at what Google has done in other areas they’ve pursued:

You can see that Google has more than five times as many searches as the next closest competitor, Bing. This same search functionality is what sets Gmail and other G Suite tools apart from O365 and other competitors.

While Google may show up late to a particular market, they tend to dominate. They are very aggressive in going after markets where they want to be number one.

Because of their approach, their innovation, and their reliability, your organization deserves an analysis of Google Cloud to see how it may help you reduce your costs, increase your users' collaboration quality, and increase your user productivity.

While Google might not be the best in everyone's eyes (and yes I’m slightly biased), it's still an extraordinary company, and worth exploring their tools and platform in a formal manner. You might just be amazed at what you discover.

Call us at (312) 448-7406 for a free planning session to see how we can help with your evaluation of Google Cloud, whether you’re interested in G Suite or GCP. If you decide to move forward with Google, we can also help with your migration planning, implementation, and the quality of your transition. With hundreds of successful cloud migrations under our belts with companies such as Lifelock, Grubhub, and Aspire Indiana, we've tackled and solved some of the most complex challenges you can imagine. Just ask for details when you call!

Author Bio: Business Development Executive, Chicago-native, and die hard Cubs fan. Lowell's expertise spans from G Suite to CRM to Google Cloud Platform. Knowing so much about each of these subject areas makes Lowell an amazing individual to talk cloud strategy with.