Google Apps Script to the Rescue! 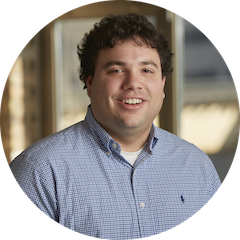 Have you ever wanted to send an automated email when a Google Form is submitted? Have you been interested in finding the emails with the biggest attachments in your Gmail inbox? Fear not, Google Apps Script is a valuable tool for you.

What is Google Apps Script?

Google Apps Script is a scripting service included in the Google Apps Suite tool box. It is a Javascript scripting language that runs and executes in the cloud on Google’s servers. In addition to a full Javascript runtime environment, the browser based development environment comes with access to nearly all of Google’s API’s. That means you can easily extend Google Spreadsheets, Google Documents, and even Gmail.  Scripts then live in multiple places inside your Google Drive. They can live as standalone scripts inside of a Spreadsheet or Google Document. Go to Tools (in your top navigation) → Script Editor to start writing your first Apps script!

The entire browser based development environment is great for both beginners and JavaScript experts. Even though it is based in a browser, it comes with many favored features of desktop based Integrated Development Environments such as syntax highlighting and auto-completion. If you are unfamiliar with Google API’s, Google Apps Script is a great place to start because of the built-in API completion. Take a look at the picture below.

Even if you are unfamiliar with code, the text editor is actively helping you accomplish your goal of sending an email. This auto-completion exists for every included API and basic JavaScript APIs.

What can Google Apps Script do?

One of the best features of Google Apps Script is the ability to have them run on a trigger. If the script is inside of a spreadsheet, the code you write can be executed on a time-based or event-based trigger. For example, if you are conducting surveys through a google form, an automated email with the answers to that form can be sent to you as soon as the form is submitted. If you’re not interested in getting an email every time a form is submitted, a digest of answers could be sent out at the end of each day.

In addition to executing simple workflows, Google Apps Script can be extended to handle very complex ones. Examples include an automated time tracking system, Mail Merge in Gmail, and even a full help desk automation. Tutorials for all of these and more are featured on the Google Apps Script tutorial page. Google Apps Script is a solution to many common problems.

Overall, Apps Script provides a simple and effective tool for developing rapid solutions for Google Apps. Just like other Google Development services, Google Apps Script has a health dashboard and a quota page.

Bio: Alex Voorhees is a Cloud Programming specialist at Cloudbakers. He specializes in building integrations between cloud systems as well as developing custom applications and solutions on Google App Engine and Google Apps Script. Follow him on G+.

Author Bio: Alex is our Director of Technical Delivery and manages our entire Application Development practice as well as Business Process Optimization projects. He speaks annually at the Chicago Coders Conference and is an expert at Python & Google Cloud Platform.

Gmail Inbox Organization: Folders vs. Labels
Export Google Calendar Entries to a Google Spreadsheet
Ensuring the Highest Level of Security Through Google Workspace
Google Workspace: Doubling Down On The Evolution Of Work
Manufacturing Quiz: Are You Getting The Most From Your...