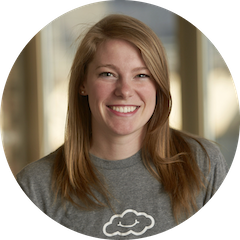 They change and become better.

Being agile is a topic that has come up a lot over the last couple years. As public interests, access to information, and even the workforce itself changes, the success of many businesses rests on the ability to transform with these factors and more. Google is no different.

Last week, CRN came out with their Gone Google Gone post, featuring the top 10 discontinued Google products. Some more popular than others, you can find all of these products in some way, shape or form within the Google Apps suite. Just like you and I do everyday, Google made these decisions based on the environment and was confident in reshaping them to be easier for the end users.

Mitch Greenwald, founder and CEO of Cloudbakers states, “for all enterprise products that were discontinued, Google rolled them into the main platform in a more elegant fashion”. Perhaps the transitions themselves were a bit too abrupt for current users, however, being agile would allow these users to focus on the constantly improving Google platform and find their former tasks even easier to accomplish than before.

I’ve attempted to take what makes these products the most fascinating, and justify why I would rather simply use the current Google platform.

In looking at each of these discontinued apps individually, I don’t feel as if any feature is being taken away from me. Instead, I feel more empowered by the platform that these ideas have had an impact on, whether large or small. As satisfying as these applications seem to have been, it’s truly amazing that something even better is at our fingertips. I find value in having everything I need in one place. I find that in the Google Platform.

Author Bio: Marketer, Aquarium Volunteer and Minnesota Golden Gopher. Ashley is obsessed with productivity and communicating best practices to others so that they can be productive as well! She's directed the Cloudbakers Marketing team since 2013.