The SaaS-Powered Workplace: The Present and Future of Work

This post was originally published on the BetterCloud Monitor.

In December 2016, our partner BetterCloud introduced the first-ever Unified SaaS Management platform. This post explains why BetterCloud has set out to help IT professionals around the world conquer the unique and enormous challenges caused by rapid SaaS proliferation.

In 2011, inventor, entrepreneur, and investor Marc Andreessen famously wrote, “Software is eating the world.” Five years have passed and software’s appetite is more insatiable than ever.

Every day, hundreds of millions of people go to work and use software delivered as a service. CEOs, developers, IT, and everyone in between rely on SaaS applications to do their jobs.

Building blocks for the modern-day company.

Today, SaaS plays an indispensable role for startups and multi-billion dollar businesses alike. And when it comes to advancements in enterprise technology, SaaS and innovation have become nearly synonymous.

We Live in the Age of the SaaS-Powered Workplace 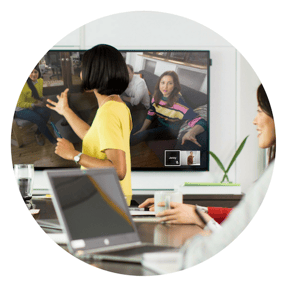 Instead, they’re reading how-to books and meeting consultants in conference rooms to plan the replacement of legacy applications with SaaS alternatives. That’s why digital transformation is the fastest-growing practice for many consulting companies around the world.

The SaaS-Powered Workplace is a worker’s dream. It’s a workplace that enables employees to use the best technology available to them.

From a business perspective, there are several simple reasons why the SaaS-Powered Workplace is becoming the dominant way to work. SaaS applications are:


There’s a reason on-prem is often referred to as legacy technology. For most companies, SaaS technology is the present and future of work.

The SaaS-Powered Workplace has Forever Changed IT

There has never been a more exciting time to work in IT. Today’s opportunities and challenges are unlike any the industry has ever faced.

The SaaS-Powered Workplace has put IT at the forefront of a workplace reinvention. The department that was once relegated to back-office work and labeled a cost-center is now the compass, the sherpas of success. 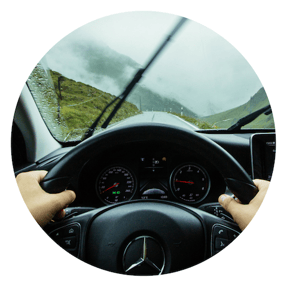 IT is in the driver’s seat, and they aren’t steering a caravan. They’re behind the wheel of a SaaS-powered racecar.

But the road ahead isn’t all sunshine and daisies. It’s littered with unexpected turns and canyon-like potholes.

While sales, marketing, finance, support, engineering, and all the other departments reap the rewards of SaaS applications (without drawbacks), IT experiences the growing pains.

In the SaaS-Powered Workplace, IT must manage and secure a complex hodge-podge of technology. And as the saying goes, “Complexity is the enemy of security.”

When IT is facing ever-growing checklists, constantly tabbing from dashboard to dashboard to perform manual tasks, data slips through the cracks. Sensitive financial figures fall into the wrong hands.

Employees are granted the wrong permissions, leading to disastrous and irreversible mishaps. Licenses go unused, and thousands, even millions of dollars, are thrown out the window.

IT needs visibility and control to solve these problems, and that’s precisely what they lack. Without visibility, IT can’t make informed decisions. Without control, they can’t take action.

Without either, they can’t do their jobs. It’s that simple.

Unified SaaS Management: The Next Evolution of IT

It’s become clear, given the unprecedented lack of control and visibility, that IT needs a solution–if not an entirely new approach to IT.

Enter Unified SaaS Management, an IT approach fit for SaaS-Powered Workplace and the cornerstones of the new BetterCloud.

Due to the proliferation of SaaS applications, IT is faced with a growing set of challenges, the most simple and apparent being: information sprawl, alert fatigue, and an increasing amount of click-by-click repetitive tasks.

Unified SaaS Management helps alleviate these challenges above (and others) by working towards these core principles: 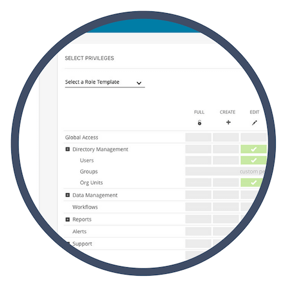 For two years, BetterCloud has undergone a ground-up reconstruction to build a platform that is purpose-built for IT management in the age of the SaaS-Powered Workplace.

The result: our new Unified SaaS Management platform and integrations with our technology partners: G Suite, Slack, Dropbox, and Zendesk–with more to come in 2017.

The new BetterCloud is built on the core principles of Unified SaaS Management and gives IT the ability to:


Request a demo of the new BetterCloud.

SaaS Applications Will Continue to Steer the Future of Work

As Andreessen stated in 2011, “More and more major businesses and industries are being run on software and delivered as online services—from movies to agriculture to national defense.”

SaaS adoption shows no signs of slowing. The SaaS market will grow to $216 billion in 2020, more than double its current size, according to Gartner.

Without SaaS applications, thousands of companies would cease to exist. Thousands more would literally break down. Millions of employees would instantly be less productive or lose their jobs.

Without SaaS, there’d be no mobile workforce. No real-time collaboration or video conferencing.

Without SaaS, the world would be different. And without IT, it wouldn’t be possible.

Let's continue this discussion at Next! BetterCloud, Cloudbakers, and AODocs will be hosting "A Brew with the Google Cloud Crew" on the evening of conference Day 2. RSVP to save your spot!

Manufacturing Tech Trends for CIOs
Google Workspace: Doubling Down On The Evolution Of Work
Recap: Everything Productivity & Collaboration From Google Cloud...
Signs Your Remote Team Is Not As Efficient As They Could Be
Does Your Zoom Come With Other Collaboration Tools to Enhance...