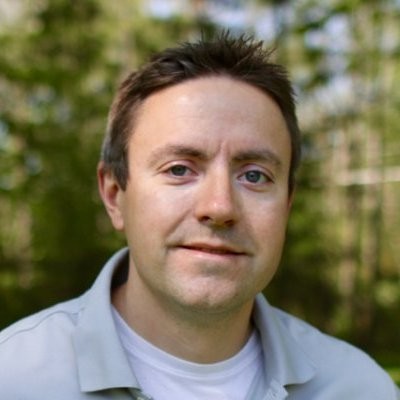 Written by Joel Hughes
Photo by Viktor Forgacs on Unsplash

At Cloudbakers we are obviously big proponents of Google Cloud's technical capabilities and value, but there's more to it than that. Our engineers and technical client contacts absolutely love Google Cloud because it’s so perfectly catered to developers, those building solutions to real business problems with Google technologies every day.

Why is “developer friendliness” so important? As a software or infrastructure engineer, you’re working with these tools day in and day out. I started my career as a web & desktop developer and I can personally vouch for this: every interaction matters, from the IDE to the database management interface. Developers that love their toolsets are more productive, more responsive, engaged, and focused on driving business value. There’s also a degree of career satisfaction that goes into working with a platform that strongly backs the open source community and carries industry-changing thought leadership into the market.

Ease-of-use, community support, and high degrees of integration with other technologies and providers make a big difference in your ability to efficiently produce and contribute as an engineer. Designing cloud services and offerings with a developer-first mindset means increased productivity and accelerated time to market for any organization that chooses Google Cloud.

Less time worrying about network traffic between docker clusters and autoscaling rules means more time spent adding real business value for our clients. Google Cloud makes things like complex infrastructure configuration easier, more “magical”, and more transparent in most situations where an overly complex level of granularity is not additive. That means our clients’ dollars are spent moving their businesses forward with Cloudbakers vs. spent on needless config and admin. Don’t get me wrong, we love a deep dive in the weeds when needed but we know we can trust the platform in the vast majority of projects.

What the ‘Baker Devs Say About Google Cloud

It’s been a while since I slung any code professionally, so I asked around a bit in our own engineering department to get the ‘bakers latest take on working with Google Cloud technologies. After all, they not only build things for our clients on a daily basis but enjoy it enough to write about it as well. Here's what I heard:

“UI and Documentation [on GCP] are easier to read than AWS”
“[Google] Being a pioneer in managed services is important to me (e.g. App Engine as a true PaaS)”
“Google has a product development and engineering toolset ethos. This means they build tools that developers WANT to use”
“Google has a very strong commitment to open source. AWS doesn’t have the best rep with this and Microsoft is fighting their image from the 90’s, though this has gotten better.”
“We love Cloud Build which allows for a serverless CI/CD pipeline and greatly reduces your dev environment config, not even needing Google Cloud locally”

Our Technical Clients Love Building With Google Cloud, Too

No one put it as simply as Barry Silver, Director of Information Technology at Pet Food Experts during our Data Insights webinar when he discussed Google Cloud’s ease of use: “For anyone that’s gone into AWS before and has experienced that list of a million links– Google in comparison, is so intuitive and user friendly.” He talks about their AWS vendor trying to push them to Amazon and when challenged, they tried out Google Cloud Platform for themselves and fell in love– so much so that those engineers are now going for their GCP certifications!

Kevin Herda, VP Information Technology, Scranton Gillette Communications, said: “Having everything under the Google umbrella for all these years has not given me much reason to test the competition regarding K8s. It's all open source. Just about all the issues I have come across have been discussed in the community, and given me the flexibility of testing or resolving the issues without the need for a vendor to jump in.”

Historically speaking, open source projects have flourished in tech because of intense developer interest and supporting communities sparked by that interest. Adopting existing open source technologies in addition to creating new technologies as open source have been a big part of the Google Cloud differentiation strategy from the start. In fact, Google is one of the largest contributors to Open Source Software (OSS) with well over 2000 open source projects.

One of the most notable open source projects by Google Cloud is Kubernetes, which has become a gold standard of container orchestration since its introduction in 2014. Google Kubernetes Engine (GKE) is easy to use and benefits from a home-field advantage being offered by the same company that developed the technology initially.

Open source also means that projects that run on Google Cloud don’t have to originate there. Developers can build, test, and deploy these open source technologies in local and test environments, then easily move them back into Google Cloud for commercial deployment and scale as needed.

Google’s developer-first ethos means that our staff and our clients are delivering more solutions dollar for dollar, every day. Developer focus makes recruitment, retention, and engagement easier for everyone and that in turn drives meaningful and lasting business impact. This falls right in line with our own core value of being “Solution Focused”. Here’s to another year of solution focus with Google Cloud!

Author Bio: Joel is an ex-B2B-Publishing digital executive now applying that unique client viewpoint and experience as Cloudbakers' CMO. Joel plays guitar and enjoys waterskiing and boating with his family all summer.