Why IT Projects Fail 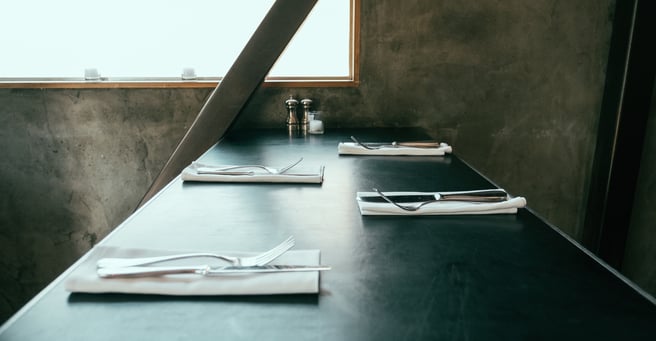 Opening up a restaurant is extremely difficult. The stats are varied, but it is common to hear statements such as “nine out of ten restaurants fail in their first year.” Many sources cite inexperience, overconfidence, and numerous other business-model-related shortcomings as reasons for the lack of success.

What sources don’t say, however, is that restaurants fail because they do not have a partner. That’s simply not a common idea in the restaurant industry, is it? After all, there isn’t exactly a huge array of companies you can call up and say, “Hey, I’m interested in opening a restaurant, can you walk me through it? Will you hold my hand, and ensure my success? Great! I’m thinking Thai…”

IT projects, on the other hand, do enjoy this luxury. There are companies whose sole dedication is to make your projects succeed. Beyond the technical expertise, they focus on making the change itself easy, so that end users and admins alike can get the most out of the initiative. That said, it is up to you whether or not you leverage them.

The stats behind IT projects

Unfortunately, overall, IT projects don’t exhibit the best stats either. Let's take a look at why this is the case. CIO.com published an article a couple years ago stating that “Based on industry norms, less than 50 per cent of IT projects finish on time and on budget.” They note several relatively intuitive reasons for failure, such as ‘fuzzy goals’ or ‘over-optimism’. On one hand the IT projects in question take off with no clear plan of action or end result in mind, and “the full scope of the project is not understood.” On the other hand, the project suffers from faulty cost-benefit analyses in which the benefits are exaggerated and the costs diminished in an effort to achieve the right ROI. Whether it’s intentional or not, this can be detrimental down the line.

The authors go on to note less obvious causes for IT project failure, such as ‘complexity’, ‘weak ownership’, and ‘governance’. Summarized briefly, project managers (PM) underestimate the degree of risk and effort imposed by complex projects. Complex projects being, in many cases, projects involving new interfaces, data conversion, and legacy processes that “have to be replicated or supported in the new system.” Weak ownership and governance are relatively self-explanatory: Too many stakeholders, each half-heartedly involved, destroys accountability, and over governance (and too much red tape) turns processes that should be quick and easy into drawn-out, painful waiting periods.

CIO.com reported again, almost exactly one year later, that “50 percent of companies had an IT project fail in the last 12 months.” This time they dive deeper into the role of project managers, and how it has changed. It is no longer enough to fundamentally manage each IT project. No, now PMs “must also take on the role of development lead,” and manage solutions, applications, and the short-handed software development team.

In addition to the evolved role of PMs, they now explain the position many IT departments find themselves in. As applications proliferate and the demand for projects increases exponentially, IT has trouble saying ‘no’ to new tasks; they fear “being seen not as a valuable business partner, but as an expensive cost center.” This, as expected, overloads their pipeline, and when failures emerge, the pervasive notion of IT being nothing more than a cost center leads executives to cut those costs. A vicious cycle, indeed.

Other sources weigh in

CIO.com isn’t the only site to post about this trend. The year before last InformationWeek’s Network Computing commented on the issue, reinforcing a lot of the aforementioned reasons for failure (starting without establishing clear goals, an overly-optimistic scope, and faulty calculations of ROIs, to name a few). And, most recently, Capterra provided 20 statistics last year, highlighting the fact that the troubles with IT projects are alive and well. Many are shocking--my favorite is “75% of IT executives believe their projects are 'doomed from the start'.” Perhaps they’ve read some of the same materials incorporated here.

So IT projects are having a rough time, in years past and present. Yet we still aren’t hearing stats like “nine out of ten IT projects fail.” We are still a long ways from the failure rates of the notorious restaurant industry. Why?

Because these problems are all avoidable, and a lot of companies are catching on.

Now, I know you, the ‘crumbs from the cloud’ subscriber, have likely read numerous posts about the benefits of working with a partner when tackling IT projects. After all, we do have to sell ourselves at least a little. In light of that, I am going to wrap things up as (relatively) quickly as I can.

Why we do what we do

Our entire methodology, what we do and what we believe, right down to our very core, is centered around avoiding the issues companies face with IT projects. Fuzzy goals? Over-optimism? Not a chance. Each project begins with a thorough layout of expectations and requirements, which is collaborated upon and updated as needed. Complexity? We live for it. New interfaces, data conversion, and replication of legacy processes are literally our specialties. And as for over-taxed PMs or IT teams, our involvement by nature removes a huge portion of their burdens, even when it comes to company-wide training and change management. Not to mention how awesome they look when they execute a flawless IT project that revolutionizes their company's processes (we have no problem letting them take the credit).

I suspect, like many, that as the proliferation of partners continues, so will the negative stats about IT projects decrease, at least in regards to cloud technologies. After all, the movement to the cloud has reached a tipping point. The only question now is who gets in early enough to gain the competitive edge.

Don’t let your IT projects behave like new restaurants. You’re better than that, and you have the tools at your disposal to succeed with flying colors.

Using a Structured Framework to Optimize Cloud Costs
How To Build A FinOps Engineering Plan
How To Keep Track of Cloud Costs
Interoperability Is Inevitable For Healthcare (How To Remain...
Google Workspace: Doubling Down On The Evolution Of Work