Aspire Indiana: Changing the way we think about community health

Note: This post is Part 1 of 2. The second half of the Aspire Indiana story is available here.

Aspire Indiana was born from the merger of The Center for Mental Health and BehaviorCorp in 2009. At that time, C. Richard DeHaven became president and CEO, the same position he held for The Center for Mental Health since 1975. Aspire Indiana now operates with ten clinical facilities in four counties throughout central Indiana, providing a myriad of services to adults and children, from mental health and substance abuse treatment, to HIV care coordination, to employment services, community-based and housing services, and more.

Since its official birth in 2009, Aspire Indiana has made an aggressive effort to stand out as a community mental health center. This has been accomplished by:

As less and less medical students choose psychiatry as their profession, psychiatrists are becoming harder and harder to come by. This has placed a great weight on the few psychiatrists around, as mental health continues to be a leading source of disability. Several years ago, Aspire Indiana responded to this need with Telehealth. They now regularly practice this video-call treatment method, connecting social workers, psychologists, and psychiatrists to thousands of community members each year. This saves hours of driving and extends the reach of these professional immensely.

While their mental health efforts have been remarkable, they also recognize the importance of treating the body along with the mind. Feeling good mentally and being physically healthy go hand-in-hand. This recognition has culminated in a primary care initiative, with primary healthcare centers being organized in 2015. Although many community members live close enough to Aspire Indiana facilities to come in when experiencing health issues, there still exists a large rural population that does not experience the same degree of accessibility. Because of this, Aspire providers are accustomed to regular trips out into the community, in which they work with people face-to-face. 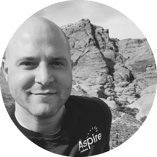 Between widespread Telehealth video-calling and constantly having providers on the road, the need for efficient, mobile-centric internal operating systems was growing quickly. "When we realized we were being limited by our technology, we decided to do something no other community mental health center in the nation had done: go Google,” explained David Speicher (right), Senior Director of Information Systems. While this was undeniably a wise business decision, it was still a large leap of faith for the company as this is relatively uncharted waters for the field.

Legacy Systems: Getting the job done, just not well

Aspire Indiana was utilizing a mixture of Office 2010, Office 2013, Exchange 2007, and Lifesize. Although Lifesize provided adequate video conferencing, it was very expensive and not mobile-friendly. As for their dated Microsoft Exchange system, the limited security of the suite was made abundantly clear after a break-in resulted in the loss of several laptops. These were running Outlook, which caches emails locally. As the computers were not encrypted, Aspire Indiana experienced a serious data breach. This level of security was unacceptable.

As for Lifesize, Aspire Indiana realized that as they became more mobile-centric, they would need a platform that could accommodate them appropriately. They did not want to pay top dollar to be confined to a room, and were in search of a video conferencing solution that was both mobile-friendly and economical.

In February of 2015, Information Technology was elevated within the company, reporting directly to Barbara Scott, COO and Executive Vice President. David Speicher was brought on at this time, and was exactly the push they needed to investigate new solutions. Speicher advocated further delineation from the herd, suggesting to go with Google’s shop over Office 365. After a discussion with Mountain View, Google suggested Speicher give Cloudbakers a call. After researching Cloudbakers (and their healthcare focus), Aspire was ready to rock.

Their email migration from Exchange to Gmail began May 2015, and Cloudbakers took them live in June. This consisted of Google mailboxes and calendars for 500 users (+4 admin users).

Their move to Google eliminated 2 on-premise servers, one for Exchange and one for Barracuda, their old spam filter & encryption system. Chromebox is replacing their Lifesize systems, and Google Hangouts are being regularly used for communication.

As for changes to internal processes, Aspire Indiana has experienced several:

Overall the company is ready to move forward with a Google Drive migration and excited to see Google continue to improve their work environment. Needless to say, for a company of this size there will be plenty of hands-on trainings in the coming months. Cloudbakers looks forward to these trainings, as each interaction is an opportunity to further their goal of turning projects into relationships.

Part two of the Aspire Indiana story is available here.