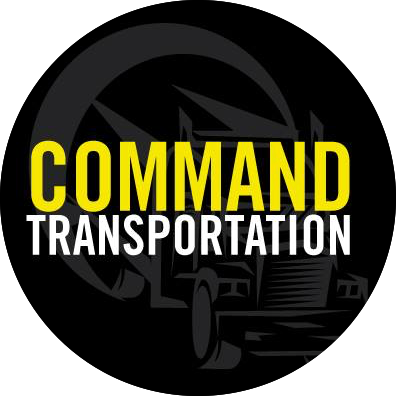 Command Transportation has been incorporated since 2005, growing at an average rate of 60% since its inception. Command Transportation looks to continue to add value to both large corporations and small business by providing logistics solutions and services for loads moving throughout the U.S., Canada and Mexico via full truckload, LTL, and intermodal services.

Command Transportation initially set up exchange email servers on site. They had various issues with their in-house email platform that wasted essential work hours and money, which are commodities too valuable to waste. “We were in over our heads,” said Brian Rudich, CFO of Command Transportation. “We thought we could maintain the servers in-house, but when problems arose, we realized we didn’t know what we were doing.” Due to exchange server downtime and insufficient support, Command Transportation was unable to communicate with their customers. “It was costing us money,” said Rudich. “Without email we could not function.”

A problematic solution to the technical blow-out

Command Transportation moved away from their troubled, on premise exchange servers, and paid a company to manage their servers offsite. They believed the hired company would be able to fix any issues, hoping for decreased outage time. “That didn’t happen,” according to Rudich, who was now extremely frustrated. “When the outages started, we soon realized that the company we hired was now sitting on hold, just as we were previously. We had the same problems as before.”

In order to truly solve the company’s email reliability issues, they spearheaded the project with a completely fresh and innovative solution. Command Transportation was drawn to Google, an industry leader with the stability to provide a solution for long term growth. “Google is really on the cutting edge and will likely be here ten or fifteen years from now,” said Rudich. With Google maintaining the software, solving problems and handling upgrades, they were a perfect fit. Google brought in Cloudbakers, a Premier Partner that specializes in cloud solution services both on the strategy side as well as execution. “We could go right to Cloudbakers and get an answer to our questions.”

“Cloudbakers was there every step of the way and did not lose a single piece of data in transition,” Rudich proudly stated. “They also made sure that the window of down-time as we switched was so minimal that it had little effect on our business.” With much success Command Transportation leveraged other cloud-based applications to integrate within their business. “Our employees discovered the collaborative nature of Google Docs all on their own,” according to Rudich. “We adapted quickly and Cloudbakers was there for us if we had questions. No matter what time of day, or if it was a weekend, someone from Cloudbakers was there to get a resolution to our problems and answer our questions.”

Command Transportation has been using Google Workspace for years now and their use of the cloud continues to expand. They have leveraged third party Google Marketplace applications, such as Jobvite, a cloud-based recruiting tool. “The savings in money, time and aggravation made moving to the cloud the right move. I’m glad Cloudbakers was there to help guide us through the transition.” -Brian Rudich, Command Transportation, CFO.