G Suite makes it possible for staff to work seamlessly from anywhere, at any time, and on any device 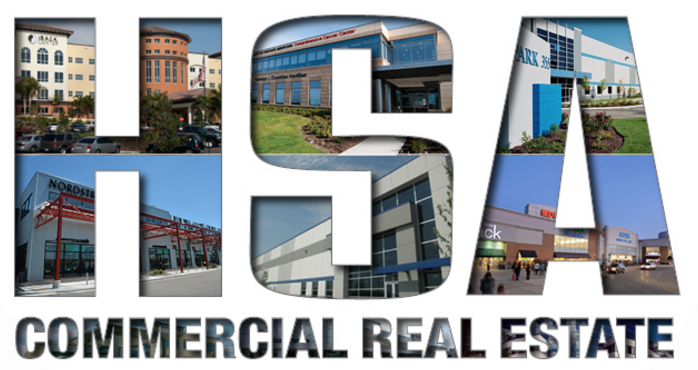 Founded in 1981, HSA Commercial Real Estate is a diversified, full-service real estate firm specializing in office, industrial, retail and healthcare real estate leasing, management, marketing, development, and financing on a national basis. Along with developing and acquiring more than 50 million square feet of commercial real estate across the nation, with a total consideration in excess of $2.5 billion, HSA has represented owners and tenants in more than 10,000 transactions in 43 states; and owns and manages a property portfolio in excess of 16 million square feet in locations across the nation.

HSA Commercial was on the Novell platform, specifically using GroupWise® for their email system. They were reaching the end-of-life on maintenance with their servers, and it was time to make a decision. Although the Novell platform had proven successful and solid, it was becoming increasingly difficult to find local expertise. Many of the applications their users were vying for would not seamlessly integrate with their version of GroupWise®. There were several BYOD IT support requests that made it painfully clear it was time to make a change that would be device agnostic. The company either needed to upgrade and purchase new servers in-house, or go with a cloud-based solution. After researching many options, including virtualization, hosted Exchange, Office 365, and G Suite, it came down to the cost of migration and improved functionality. This is where G Suite came out ahead. The pricing was simple and consistent. You weren’t penalized or rewarded for being a large or small client. You paid per license, and you didn’t have to look for the “gotchas.” It was truly a ‘what you see is what you get’ approach to licensing.

There’s something to say about being in the right place at the right time. HSA Commercial did not wait until they needed a new system to start thinking about and looking at other options. The Senior Vice President of IT, Josephine Thomas-Hoytt, connected with Cloudbakers a couple years prior and was intrigued by the cloud concept, but the timing wasn’t right. The sheer volume of data that HSA housed, the need for control of the data, and the users’ expectations of always having everything at their fingertips, would require a special solution. Cloudbakers stayed in touch and an invitation to a Google/Cloudbaker’s workshop virtually sealed the deal. It was during this workshop, after many questions, that it became clear that Cloudbakers had both the expertise and tools to migrate from GroupWise® to G Suite. As Thomas-Hoytt states, “For many vendors, just the mention of Novell and/or GroupWise® would send them running for the hills or to their sales directors to increase the cost of migration. The Cloudbakers’ team wasn’t daunted or intimidated by the volume of email, attachments, calendar appointments or contacts.” Cloudbakers had experience with her current system. They understood her challenges and came up with a tailor made solution for HSA Commercial.

Diving in to the Data

Data was something that HSA Commercial had an abundance of. With over a million files stored on their servers, and even some on other external devices, one of the biggest concerns they had of moving to the cloud was where could they effectively house their data. A unique plan was finalized at the kick-off meeting to assure that none of that data would be lost in the transition and access to it would be seamless. With an emphasis on communication throughout the project and the reliable efforts of the Cloudbakers’ deployment team, working in conjunction with HSA’s IT team, the cutover (Go-Live) to G Suite was seamless – so seamless, in fact, that Thomas-Hoytt remembers thinking, ‘why is the office so quiet? Shouldn’t my phone be ringing? Is there a problem?’ There wasn’t a problem at all. The project just worked the way it should. Seamless. The Change Management piece also aided in the flawlessness of the transition. By holding training sessions prior to the switch with opportunities for Q&A, the users weren’t blindsided by the switch to G Suite and many were chomping at the bit for the “Go Live” date. A customized approach to training and change management included comparing some of the commonly used features in GroupWise® to G Suite. This set the expectations for users and garnered excitement for “Go Live.”

Once a Challenge, Now a Delight

HSA prides itself on providing its team with a healthy work life balance. While the team doesn’t have a need to be connected 24/7, some team members want to be. A huge benefit of going Google is giving team members the opportunity to use any device to access their data. Their previous system required a third party application to make BYOD work correctly and leadership was forced to try and limit team members to certain devices. Monitoring devices was taking on a life of its own. G Suite makes it possible for staff to work seamlessly from anywhere, at any time, and on any device. It’s one stop shopping with G Suite. Thomas-Hoytt explains, “I don’t have to think so far ahead as to what I might need for a meeting or call if I’m out of the office, and whether I have the data in my email account, document manager, on my desktop, or on the network. I don’t have to access my desktop, I simply login to Gmail and Drive from my phone or iPad and I have everything right at my fingertips.” With mobile accessibility, HSA team members can now work the way they live.

Never again does HSA Commercial need to schedule a maintenance window to install updates. With G Suite, every user experiences the most up-to-date features without needing downtime for them to install and appear. Google Drive was the answer to replacing HSA’s file server and could be configured to give leadership the security and control they needed. All historical data went straight to Google Vault and gave HSA easy-to-deploy document retention policies (another feature that was cumbersome on their former system). As benefits of productivity and efficiency start to come out of the woodwork, the return on investment is always a number that companies look for and want to know. For HSA, the migration to G Suite reduced their IT consulting spend by 63%. In one year alone, they’ve been able to save $85,000 on IT expenses overall, which can now be used to move the company forward through other innovative strategies. G Suite gave HSA Commercial a seamless way to work providing increased functionality, improved efficiency, greater flexibility, and cost savings. HSA Commercial has gone Google – and now they couldn’t imagine it any other way!